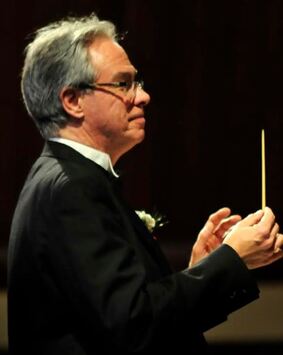 Gary Garletts brings a wealth of talent and experience to his role as Artistic Director. With a M.M. degree from Duquesne University and a B.M. degree from Oberlin College, he has enjoyed over four decades of professional activity as a conductor, organist, accompanist, and administrator.  Since joining CCCS in 1999, Gary has led the Society through transformative growth in membership, musicianship, and repertoire. Under his direction the chorus has performed major works such as Messiah, Elijah, Brahms' Requiem, Coronation Mass, Ode to Joy, The Star of Bethlehem, Carmina Burana, Dona Nobis Pacem, and The Testament of Freedom. Additionally, he has broadened the Society's collaborative efforts with professional soloists and ensembles, including the Kennett Symphony of Chester County, Immaculata Symphony, Newark Symphony, Prana Winds, Westminster Brass, and West Chester University Brass. He actively pursues the Society’s goal of presenting exceptional performances of diverse choral music from the great classics to contemporary compositions.

Gary’s formal musical training began at age seven in Fayette County, part of Pennsylvania's scenic Laurel Highlands. After college he spent a decade “giving back” to his home area, as he directed innovative programs for Trinity Presbyterian Church and the Greater Uniontown Chorale and taught piano and organ extensively. In the 1990's he led a comprehensive music ministry at First Presbyterian Church in Lancaster, PA. From 2005 to 2010 he served as vocal accompanist for the School of Music at West Chester University of Pennsylvania.

Since 1999 Gary has been Director of Music and Organist at Ardmore Presbyterian Church where he leads a six-choir program and administered a complete rebuilding of the church's 3,500-pipe sanctuary organ. To mark the church’s centennial year in 2007, he led its Chancel Choir, augmented by Choral Society members, on a tour of Scotland and northern England.
​
Gary’s mentors include conductors Sandra Willetts and Daniel Moe, organists Haskell Thomson and Ann Labounsky, and pianists Frances Walker and Katherine Keighley. As a member of the American Choral Directors' Association and an Associate of the American Guild of Organists, Gary offers organ recitals in church and university venues and is in demand as a freelance accompanist. He lives in Havertown, PA with his wife, Twila. Their son Nathan is an engineer with Hershey Foods in Lexington, VA.